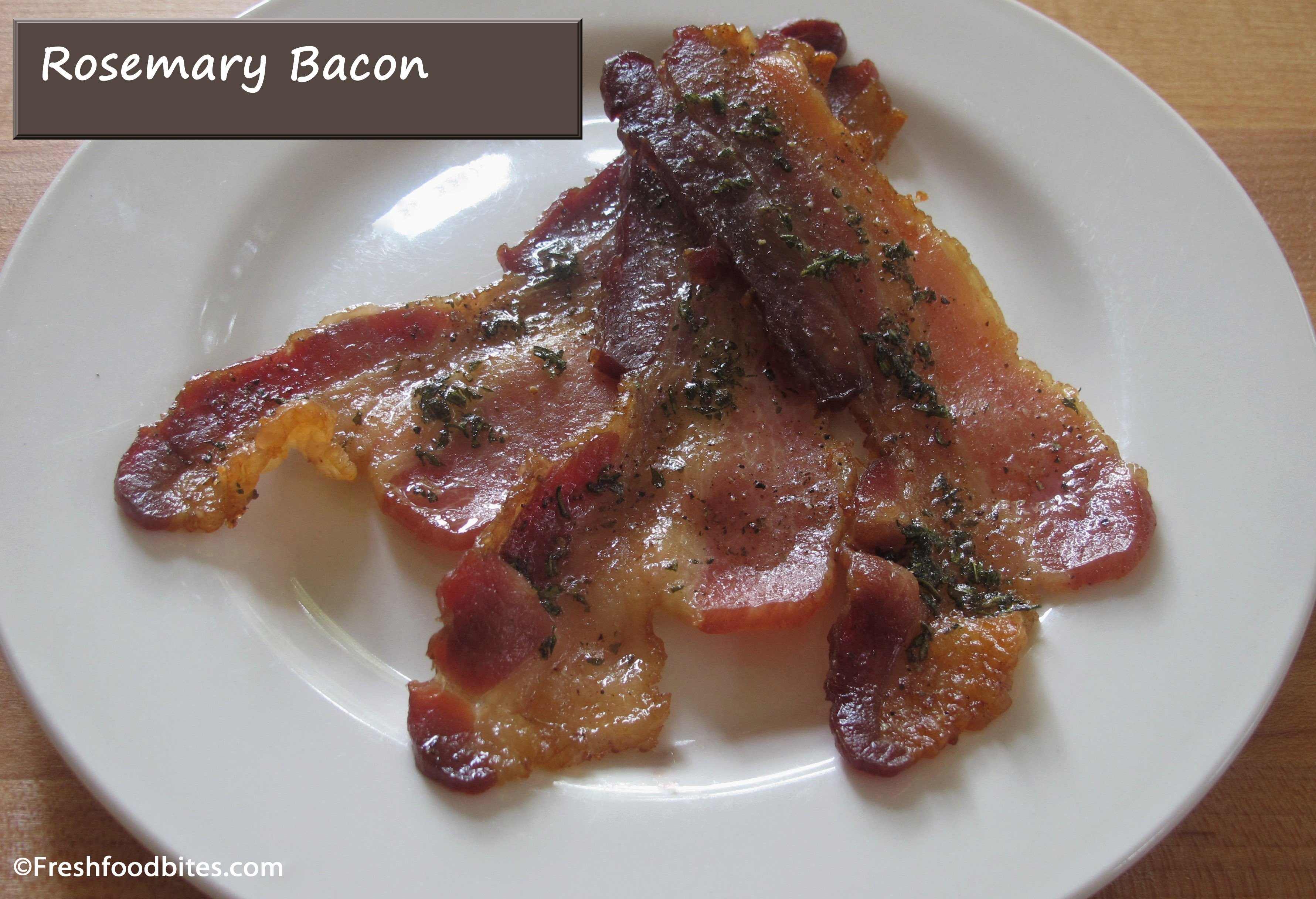 One of my favorite things to do as a self-proclaimed “food geek” is to try to recreate something wonderful I’ve had at a restaurant. Sometimes it’s pretty easy to do, and other times, it takes some brain-power and a lot of trial and error!  This summer I did my first (and maybe only!) sprint triathlon.  My husband’s cousin talked me into it and it turned out to be a really fun day (albeit a REALLY early wake-up call) with family and new friends. After completing the exhausting event, we were all due for a good, hearty meal, and we found it at Ginger Sue’s, in Kansas City, MO.  When I went on their website later, they refer to their cozy dining spot as a “bruncheonette”, which I think is really clever.  Their menu is interesting and varied enough to please any palette, and they make literally everything from scratch, including their Andouille sausage – that’s my kind of place!

Surprisingly enough, no one in my group ordered anything that came with bacon, but when we were talking to our server at the end of our meal, we asked her how they make their amazing breakfast potatoes. In the course of the conversation she brought up their bacon, which is no ordinary bacon. Of course, we had to order a side to try, even though all of us were stuffed. It about knocked my socks off, and I had to come home and recreate it since I don’t live close enough to Ginger Sue’s to feed my regular craving for the stuff.  Yes, I crave bacon occasionally.

This bacon is seasoned with rosemary and black pepper, and the kicker is that it is sprinkled every so lightly with sugar, to make a sweet-savory match made in heaven.  Who would have thought to put rosemary on bacon?  It works, let me tell you.  Besides being good on its own, this bacon takes any sandwich to the next level – try it on your next burger or BLT and you’ll see what I mean! 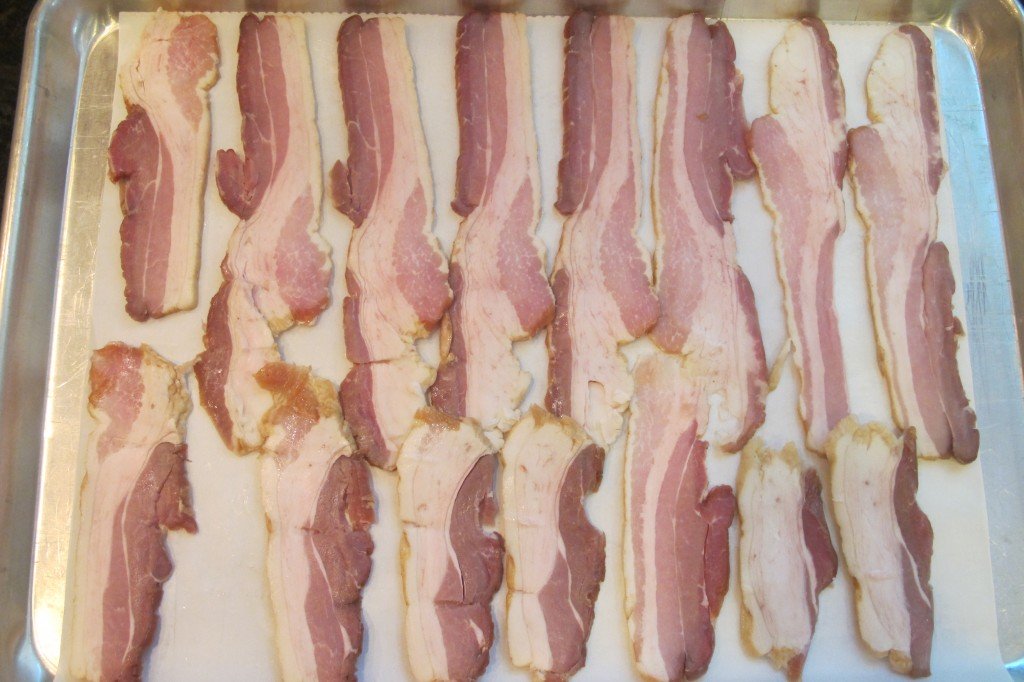 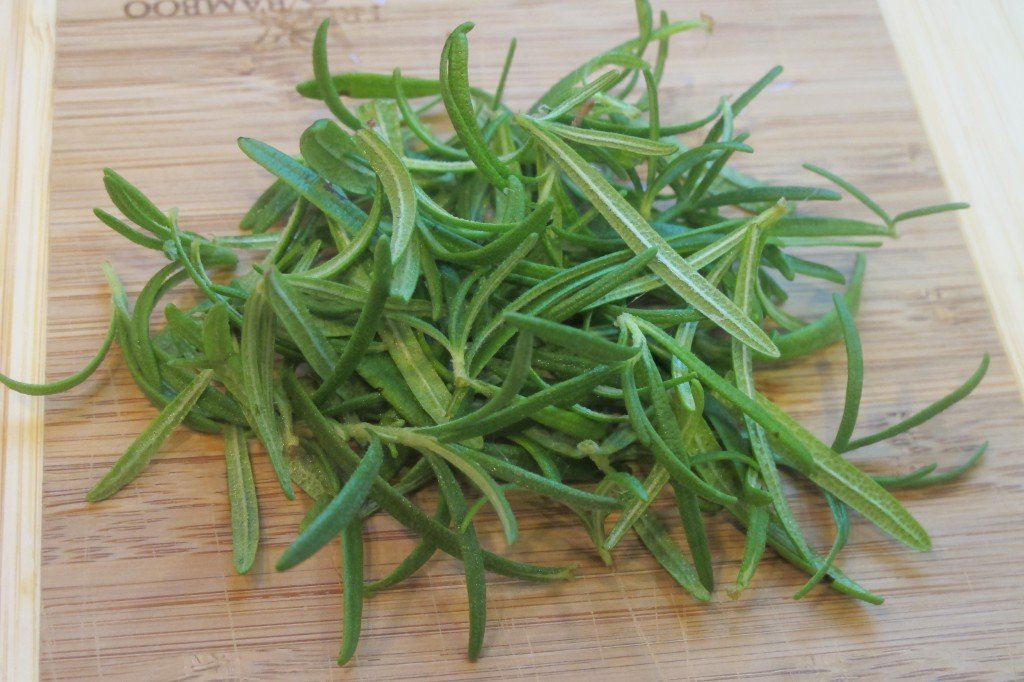 After partially baking the bacon, sprinkle with the rosemary, sugar, and pepper. 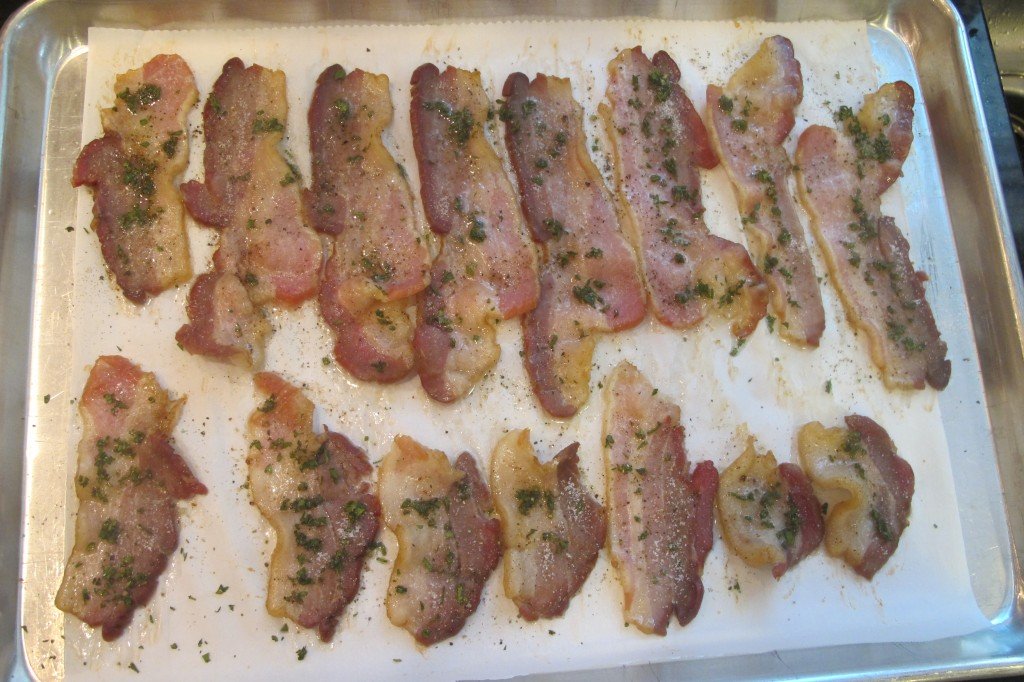 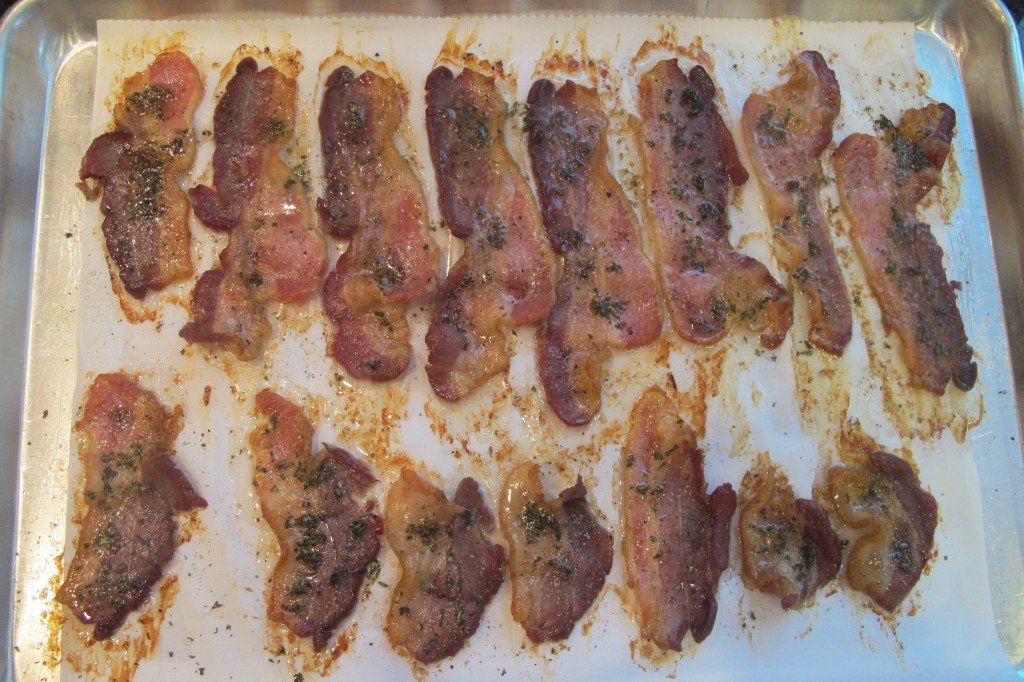 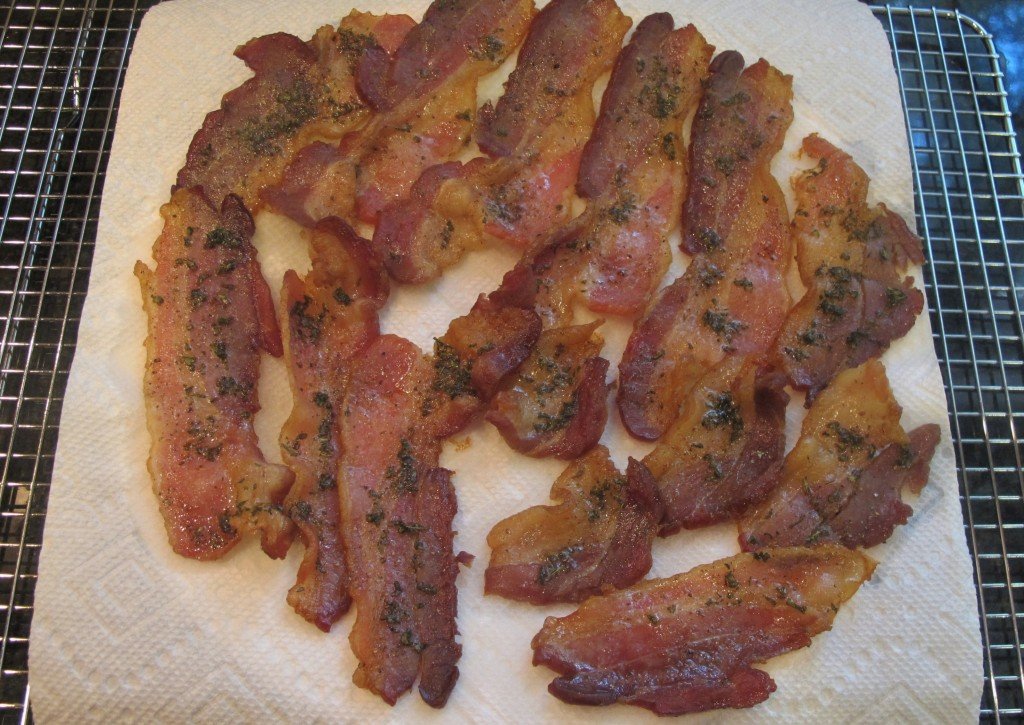 *Tip:  I hate to sound like a bacon snob, but of course the best bacon to use would be purchased from a local butcher. I live in Iowa, remember, so this is really easy to do. If you must buy bacon from a supermarket, try a couple different brands and go with your favorite. Skip anything that has added “flavoring”, such as maple or pepper.