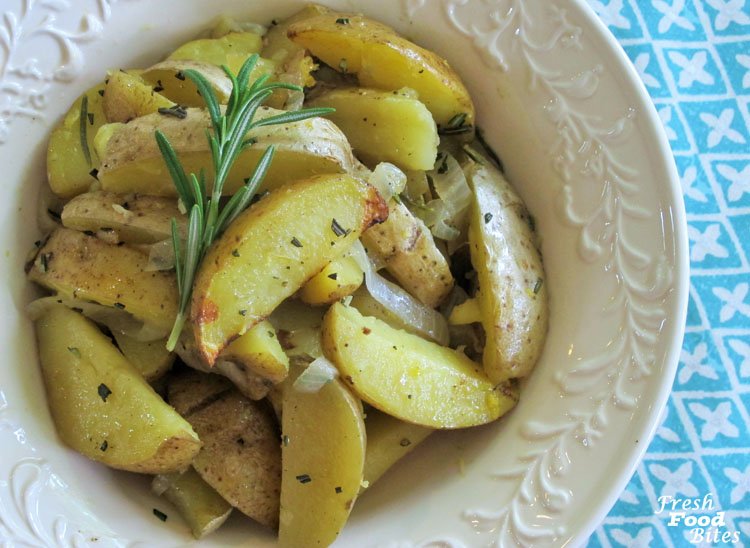 Do you have “go-to” recipes?  Whether it’s a side dish, main dish, or salad, a go-to recipe is one you seem to make all the time (for me, that means about once a week), is a dish your family loves, and is something you may not even need to look at the recipe to make (or, maybe there was never a recipe to begin with, which is a bonus because that means the recipe will never get lost!). I think you get the idea. This Grilled Rosemary Potato Packet is one of my go-to recipes”¦well, in spring, summer and fall, anyway (not much grilling happens in the winter in Iowa!).

I know of one person who doesn’t like potatoes. How about you?  I’m sure your list of tater-haters is equally as short, if you even know of such a person. But besides the truth that potatoes are a well-loved vegetable, they also play really well with other foods. I can’t think of any protein, whether animal-based or plant-based protein, that potatoes won’t taste great with. 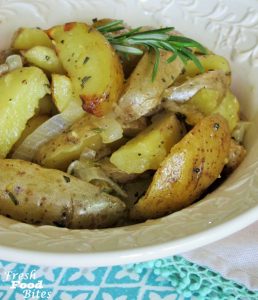 Have you grilled vegetables in a packet? Or, anything, for that matter? One beauty of packet grilling is that there is virtually no mess. You simply place your food on a double-thickness of heavy foil, then wrap the foil up around the food to create a sealed packet. The packet goes on the grill, the food gets cooked, the food gets eaten, and the clean-up consists of crumpling up the foil and tossing it in the trash. There are no pots or pans to clean, and if you’re like my family on a normal night, you simply serve the potatoes directly from the packet, which means there are no serving dishes to deal with either. It ain’t always fancy around here, friends!

1) cut the potatoes into even-sized pieces (whether you choose wedges, cubes, or slices, just make sure they are as close to the same size as possible ““ but don’t get out the ruler, that’s too fussy), and

2) turn the packet on the grill at least twice during the grilling time. This prevents the potatoes on the bottom of the packet from getting burned/stuck to the foil before the potatoes on top are tender. It’s not hard to do ““ just use tongs and flip the whole packet so it’s resting on a new side. 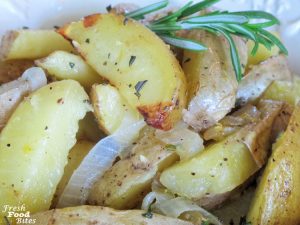 Adding the rosemary sprigs to the packet will infuse the potatoes with the rosemary flavor, but then I like to remove those sprigs and add additional fresh rosemary just before serving since the sprig of rosemary will have turned dark while grilling. I love to use rosemary with potatoes because I think the flavor combo is fabulous, however, if you prefer oregano or thyme, go with one of those instead. If you like basil, parsley, or chives, just add them at the end because the sprigs wouldn’t hold up well to the heat of the grill.

I like using Yukon gold potatoes for a grilled packet – I love the texture of them! 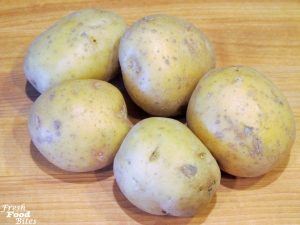 The piece of foil you tear off will seem large, but it’s important to have a little extra room in the packet so the steam can build while the potatoes cook. 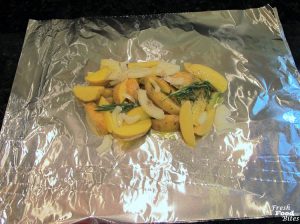 Wrap the foil up around the potatoes so they are fully enclosed and the seams are tightly folded so the oil can’t escape.

Grill directly on the grill rack over the heat or coals. It’s important to occasionally turn the packet so it’s resting on a new side throughout the grilling time. 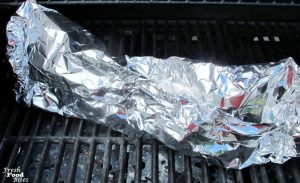 Once the potatoes are tender, carefully open the packet – the hot steam will come out quickly! 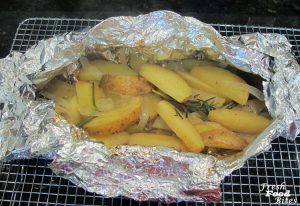 I like to sprinkle the potatoes with additional fresh rosemary and some fresh lemon peel for a really fresh flavor. 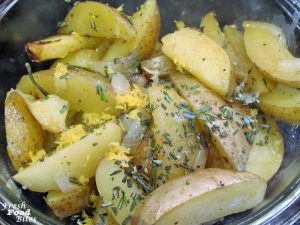 This Grilled Rosemary Potato Packet is really the perfect, go-to side dish for any meal! 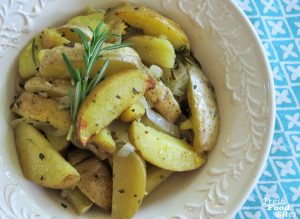