Do I Need to Seed Tomatoes? 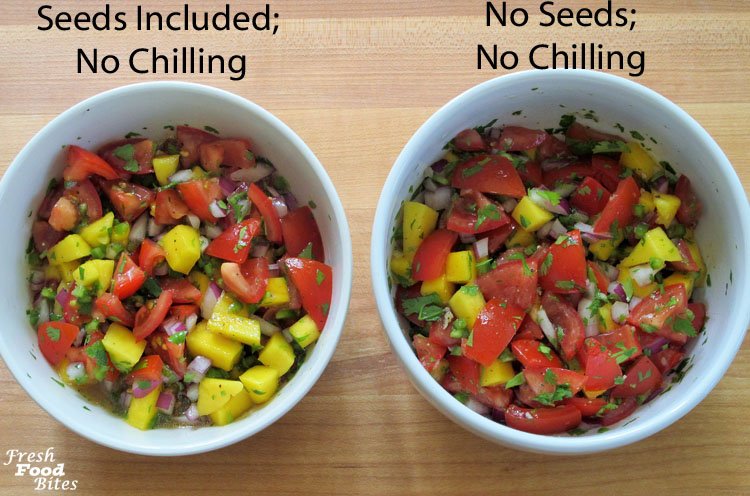 Do I Need to Seed Tomatoes?

Do I need to seed tomatoes? This is a question I get asked often enough that I felt a post dedicated to the topic was in order.  If you’ve ever been confused by what it means to seed a tomato or have wondered what’s the point of seeding tomatoes, get your questions answered in this short guide.

All tomatoes contain seeds, which are located in pockets around the core of the tomato. The seeds are held together with a gel-like substance that has a much softer texture than the tomato flesh itself. To “seed a tomato” means to remove the seeds/gel from the tomato you are working with, and it’s a really easy task. It’s simply a matter of cutting the tomato into quarters and then scooping or scraping out the seeds with a spoon, small measuring spoon or your fingers (personally, I use my freshly washed fingers because it’s the easiest in my opinion).

(tomatoes that still contain the seeds) 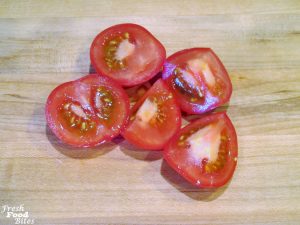 (the same tomatoes with the seeds scraped out) 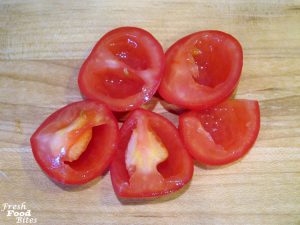 Another method for seeding tomatoes is to cut the tomato horizontally in half and then gently squeeze the base of each half. This forces the seeds to fall out of the tomato, and works well if you’re going to mash or puree the tomatoes for a sauce or soup. This method will result in smashed tomatoes and doesn’t work as well if you’re making salsa, Pico de Gallo, or are going to slice or chop the tomatoes for a salad because you won’t get evenly sliced or chopped pieces.

Some tomatoes are easier to seed than others:

The larger the tomato, the easier it is to seed. It’s a matter of surface area. Tiny grape or cherry tomatoes don’t have as large of seed pockets to scrape your finger through to remove the seeds, which can result in some of the tomato flesh getting removed along the way. Plus, it’s less likely that you would want to use a small cherry or grape tomato for a recipe that would require seeded tomatoes. Any tomato the size of a roma or larger will work well to seed.

To show you how seeding tomatoes can affect a recipe, I made my Tomato-Mango Pico de Gallo two ways: one with seeded tomatoes, and one with the seeds left in. I used the same variety of tomatoes for each version and prepared the recipe the same both times, except for the seeding of the tomatoes.

After I made the two versions of the Pico, here’s what they looked like”¦ 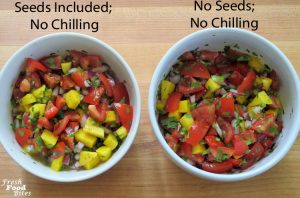 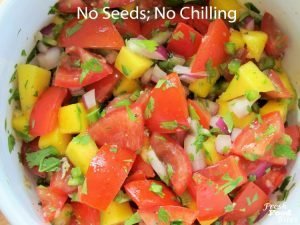 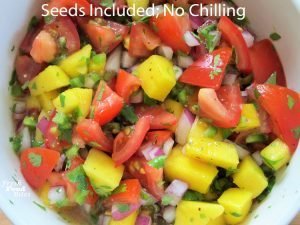 The version with the seeds included has a little more juice, but it’s not a huge difference overall. The real test comes when a tomato mixture is held and not served immediately. Normally, a salad or salsa that’s based on fresh tomatoes will begin to “water out”, or get juicier/more liquid accumulated after it sits on the counter or in the refrigerator for a while. This is normal and will happen whether the tomatoes are seeded or not; however, even more liquid will accumulate if you leave the seeds in. 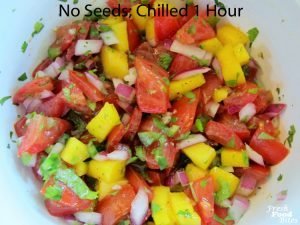 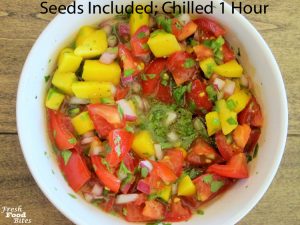 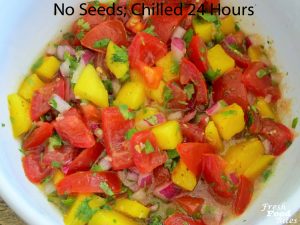 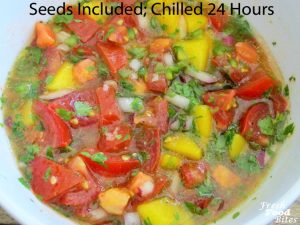 To Answer the Question:

Do I need to seed tomatoes?  The answer is “NOT IF YOU DON’T WANT TO”.  It is almost never necessary to seed tomatoes in order for a recipe to work. The recipe may turn out differently with the use of seeded versus unseeded tomatoes, and you may need to make a few adjustments in a recipe if you choose to seed or not seed the tomatoes you’re using.

It really comes down to making a recipe-by-recipe decision based on your personal preference. For example, if you like a drier salsa, seed the tomatoes, but if you like a salsa that’s more juicy, leave the seeds in.

The good news is, there’s really no wrong answer to the question “Do I need to seed tomatoes?”.